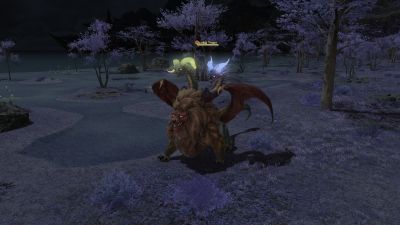 Sightings of this particular mark are first recorded in the days following the Flood of Light.
When the doors of the tower that stands at the center of the Crystarium first opened, it is written that the Tyger came barreling forth like a shot from a cannon.
But despite its grand entrance, it behaved little different than any other wild beast, devouring livestock and attacking hapless travelers. It rather likes meat, though it has a clear preference for poultry by all accounts. I can't say I entirely trust the accounts of its origin, but given its unusual appearance, I would be not at all surprised if it was indeed a creature come from another world. 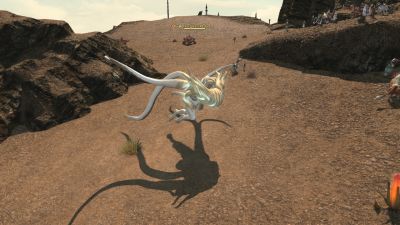 Ah yes, the Forgiven Pedantry. That one's a notoriously vicious eater.
In life, he was a fusspot of a mage. Fond of his own voice and making fools of those he saw as his lessers, he boasted that he would find a way to reverse the chaos wrought by the Flood of Light.
You can imagine how that worked out for him in the end. One day he up and vanished, and a short while after, an eater wearing his face appeared.
For all his faults, his loss was felt keenly. He helped many with his magicks and powerful spells that utilized yarn he spun himself as catalysts. But I don't suppose eaters have much call for spinning yarn, do they... 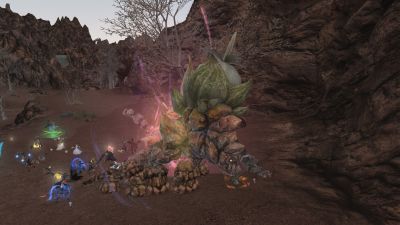 The Brainy One is a saichaniae that plays host to parasitic vegetation that feeds off its host's aether. Poor bugger, eh? It's awfully difficult to track down, but it is said to be somewhat, er...excitable in the presence of death.
I reckon it's anticipating the impending release of aether. Like if someone were to wave a freshly cooked haunch of mole meat under your nose.
That said, not all deaths are created equal. The flashier the better, if that makes any sort of sense?
Distance is key too, I'd imagine. No point in putting on a show if the host is nowhere nearby. Maybe something explosively loud, too? I don't know, you'll probably think of something if you put your mind to it. 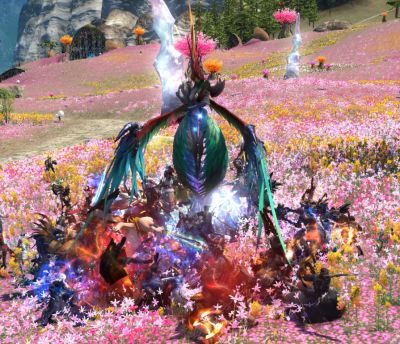 Aglaope's tale is quite old-a popular parable of the Voeburtites. It's about a tiny pixie of surpassing beauty that loved to bask in the midday sun, whose voice was as the tinkling of bells...and another pixie that envied them so.
Said pixie wanted nothing more than to transform themselves into the spitting image of the object of their admiration, and so they used their magicks again and again and again to refine their own appearance, until eventually, they had achieved the impossible.
If the story ended here I suppose it wouldn't be so bad, but it doesn't. For you see, when the glamoured pixie's “friends” saw what they'd done to themselves, they erupted into uncontrollable laughter. They mocked the pixie terribly, calling them ugly and terrifying beyond belief.
Thus was the pixie Aglaope instilled with a terrible hatred and envy for all things small and beautiful, and ever after did they roam the land in search of little wonders to destroy with impunity. 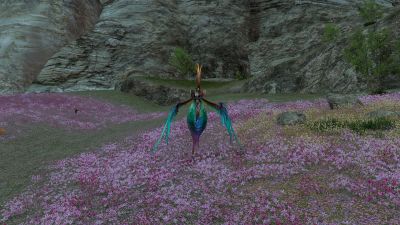 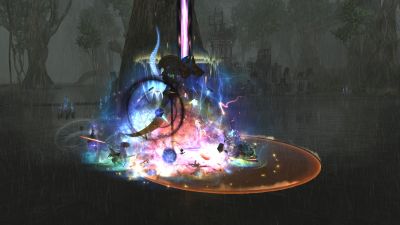 The Viis are not the only ones who have safeguarded the ruins of Ronka for generations. Ancient records tell of an exalted priestess of the empire named Ixtab, a penitent woman and proud patriot.
So strong was her faith that she resolved to make the ultimate sacrifice. She consigned her mortal flesh to flame, and in death rose anew, her soul eternally bound to the Greatwood.
For thousands upon thousands of years has she watched over these lands. Should one intrude upon her home and by their deeds prove themselves a significant threat to peace and tranquility, she will appear to redress the balance. 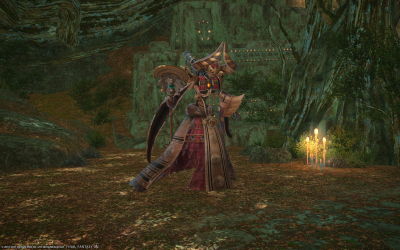 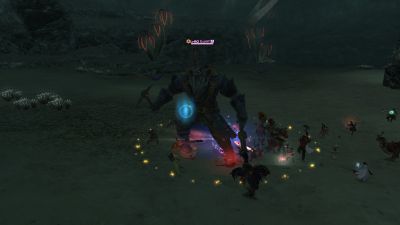 Let the Clionid around x27.0, y6.3 eat three Deep-sea Leeches so they get to max size (buff) and use the skill "Buccal Cones" on you. This attack can one-shot a player without shields so it is advices to have a mage with raise nearby. Each skill use has a chance to summon Gunitt, given its random timer is up.

Gunitt was like most other dwarves of Kholusia-tough, hardworking, tiny. By all accounts he was content with his lot, until one day he spied a Galdjent three times his size strolling through the market, and decided he'd make himself tall or die trying.
So he travels the world, amasses all kinds of treasure, then pays a visit to a Nu Mou hermit who claims he can make his dreams come true, and would you believe it? Gunitt gets his wish! But then, in his greed, he steals the treasure sack off the table and runs off before the hermit can protest.
'Course he was a damn fool to try, cause the hermit gets their own back in the end. Curses Gunitt and transforms him into a twisted fiend for his avarice. Also sank his ship while he was making his escape for good measure.
And so Gunitt was consigned to the bottom of the sea where he has wandered to this day. They say his covetous nature still rules him, as when the denizens of the depths attempt to consume their prey, he will appear to steal it out from under them.